Refers to the ratio of the mass to the volume of the material. Its volume also contains the volume of the pores in the material. Also known as the specific gravity.
The density of tungsten carbide (WC) was 15.7 g/cm3, and the density of cobalt (Co) was 8.9 g/cm3. Therefore, as the cobalt (Co) content in the tungsten-cobalt alloy (WC-Co) decreases, the overall density will increase. While the density of titanium carbide (TiC) is smaller than that of tungsten carbide, it is only 4.9 g/cm3, so if TiC is added, or other components with lower density, the overall density will decrease.
In the case of a certain chemical composition of the material, an increase in the pores in the material leads to a decrease in density.
The density is measured by the drainage method (Archimed’s law).

The sample is multiplied as a simply supported beam on two fulcrums, and a load is applied to the center line of the two fulcrums until the sample breaks. The value calculated by the winding formula is used according to the load required for the fracture and the cross-sectional area of ​​the sample. Also known as transverse rupture strength or bending resistance.
In tungsten-cobalt alloy (WC-Co), the flexural strength increases with the increase of cobalt (Co) content of the tungsten-cobalt alloy, but when the cobalt (Co) content reaches about 15%, the flexural strength reaches the maximum value. start to fall.
The bending strength is measured by the average of several measured values. This value will also change as the geometry of the specimen, surface condition (smoothness), internal stress, and internal defects of the material change. Therefore, the flexural strength is only a measure of strength, and the flexural strength value cannot be used as the basis for material selection.

Cemented carbide is produced by powder metallurgy process through pressing and sintering. Due to the nature of the process, traces of residual porosity may be present in the metallurgical structure of the product.
The residual void volume is evaluated using a map comparison procedure for pore size range and distribution.
Type A (A-type): less than 10 μm.
Type B (B-type): between 10 μm and 25 μm.
The reduction in porosity can effectively improve the overall performance of the product. The pressure sintering process is an effective means of reducing porosity.

It refers to the excessive carbon content after sintering of cemented carbide.
The ideal carbon content of tungsten carbide in cemented carbide (WC) is 6.13% by weight. When the carbon content is too high, there will be an obvious carburized structure in the product. There will be noticeably excess free carbon in the product.
Free carbon greatly reduces the strength and wear resistance of tungsten carbide.
The C-type pores in the phase detection indicate the degree of carburization.

After the metal cobalt (Co) binder and tungsten carbide are sintered, an excessive amount of cobalt may be generated, a phenomenon is known as a “cobalt pool.” This is mainly due to the fact that the sintering temperature is too low, the material forming density is insufficient, or the pores are filled with cobalt during the HIP (pressure sintering) treatment. The size of the cobalt pool is determined by comparing the metallographic photographs.
The presence of a cobalt pool in the cemented carbide may affect the wear resistance and strength of the material. 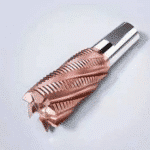